Felix Arvid Ulf Kjellberg, born in Gothenburg, Sweden, originally pursued a degree in industrial economics and technology management at Chalmers University of Technology in Gothenburg. In 2010, during his time at the university, he registered a YouTube account under the name PewDiePie.
The following year, he dropped out of Chalmers after losing interest in his degree field, much to the dismay of his parents. After failing to earn an apprenticeship with an advertising agency in Scandinavia, he then decided to focus on creating content for his YouTube channel. In order to fund his videos, PewDiePie began selling prints of his Photoshop art projects and worked at a hot dog stand. PewDiePie soon gathered a rapidly increasing online following, and in July 2012, his channel surpassed one million subscribers. 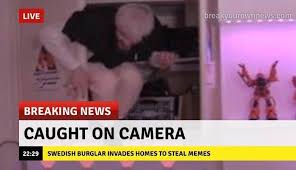